Of the 186 million litres of milk produced in India in 2020, around 85 percent was obtained from small dairy farmers (less than 10 cattle). In rural India, milk is home delivered, daily, by local milkmen carrying bulk quantities in a metal container, usually on a bicycle. The current milk chain flow in India is from milk producer to milk collection agent. Then it is transported to a milk chilling centre and bulk transported to the processing plant, then to the retail agent and finally to the consumer.

Milk that is consumed in the rural areas is easily marketed in the customer’s own containers and consumed after boiling at home. In the urban areas, milk has to be dispensed in suitable containers. These metal containers were brought by the customer to the vend for filling before being taken back home, as seen in this 1951 photograph (Figure 1) at a Delhi milk supply scheme distribution centre. 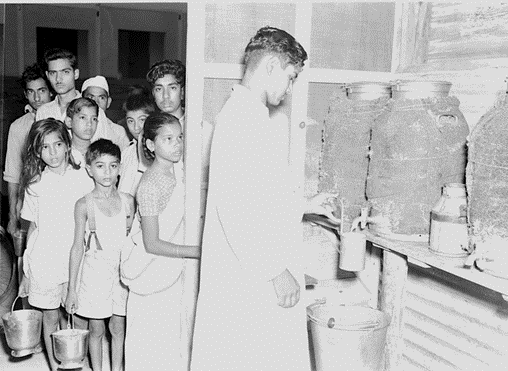 Glass bottle packaging began as an alternative during the 1950s. The easy-to-carry-and-open, yet strong and leak-proof glass bottles were introduced in Mumbai (Bombay) (Figure 2) by the Aarey Dairy Plant. Aarey was a centralised milk collection and processing facility for the city. 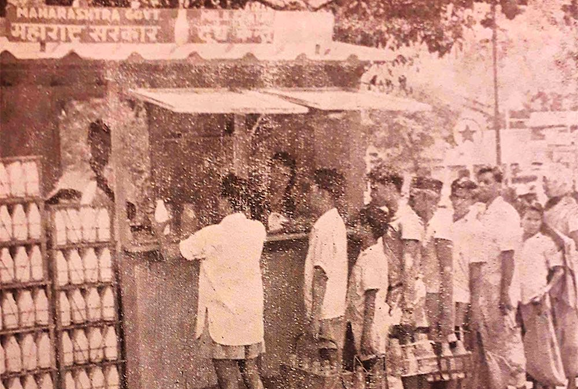 Glass bottles, however, were not perfect. The heavy weight of the bottles, their fragility, and their return to the dairy plants made their transportation a costly process, and acted as a brake on the spread of the glass milk bottle. Since the 1980s, these bottles have been replaced by packaging the milk in plastic pouches or Sachets of 500 to 2000 ml sizes, that can be kept chilled all the way from the milk processing plant to the retail outlet, with a major advantage, they do not have to be returned.

Plastic, however, may also be replaced as a container of choice because bulk-vending systems for dispensing milk have curtailed its use (Figure 3). Introduced in Delhi and other metros, and later in other cities, bulk vending involves a delivery booth equipped with refrigeration equipment which preserves the milk at a low temperature. Chilled milk is supplied to the booths daily, and a specific volume delivered into containers brought by customers from their homes through a token-insertion and push-button mechanism. 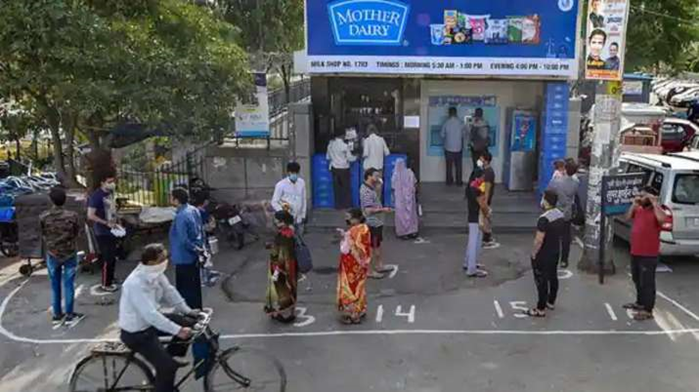 Among its oldest continuous avatars of milk in a glass bottle is the Aarey Energee (Figure 4), a refreshing flavoured milk drink, produced by Aarey Milk Plant in 1949 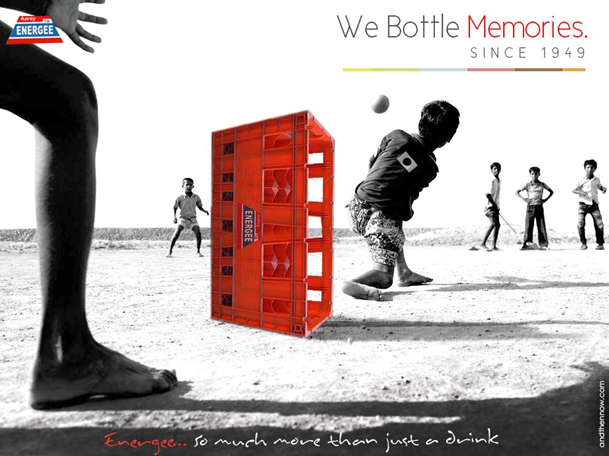